54 - SynGAP & Sleep: You Could Be One (More) Test Away From Helping Your SynGAPian Thrive! 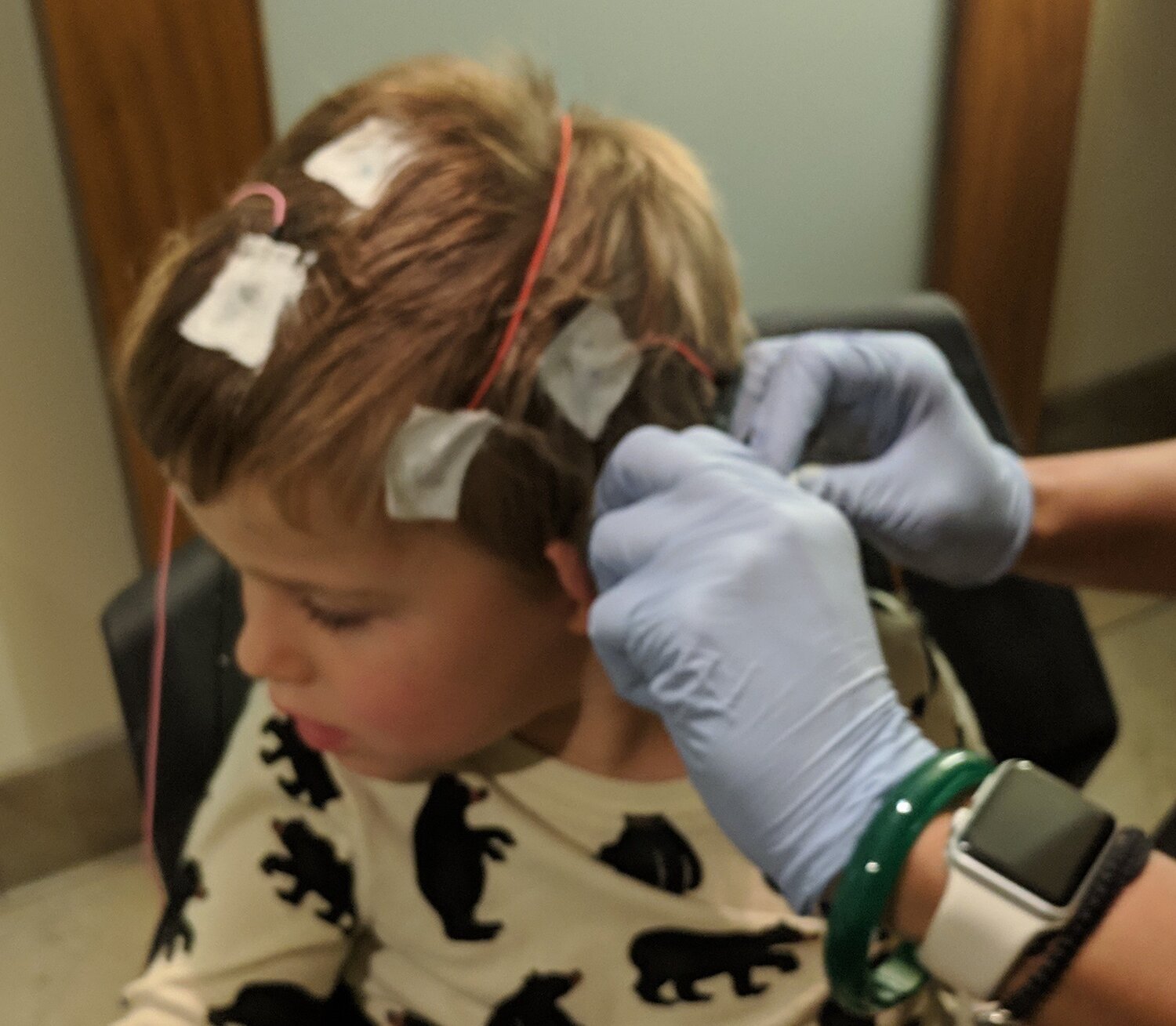 How one family improved sleep & reduced seizures for a SynGAPian with a small surgery indicated by a sleep study. This article is the opinion of one family who has no medical training and this is not medical advice. But the experience is well worth reflecting on. The punchline is this, if your child is SynGAP affected and struggles with sleep, please talk to your ENT/medical team about having a sleep study.

After diagnosis with SynGAP we found ourselves deep in conversation about AEDs and therapies. It took a few visits to our doctor before we said “Our biggest challenge is sleep, it’s getting worse.” So we were referred for & did a sleep study, aka a “PSG”. (After reading this blog from LittlestWarrior, we realize we were lucky that it was so easy to get the referral!)

When we say sleep was a challenge, we aren’t kidding. Once we got him to sleep — which was a challenge we could only meet with total exhaustion or some mind of melatonin — things got really interesting. Our son would toss and turn all night long and wake up at odd hours. Every night.

Some parents in the community swear by a tincture that combines melatonin to get the child to sleep and valerian root with some other ingredients to keep them asleep. We started using this — still do — and it does help, but it did not improve the quality of sleep, the tossing and turning. He would always end up with his head cocked up in the oddest position. Only now do we understand why.

The sleep study was no joke either. It’s an EEG plus, all those wires on the head, plus pulse, oxygen, sensors on the legs, chest and nose. Both times I was incredulous we would last more than an hour. It’s amazing what tape and bandages can do. More to point, our kids are resilient.

The first study came back with two numbers: 83% and 8. Oxygen saturation was 83% and the AHI was over 8. Normal sleeping oxygen should be in the mid 90s, so 83% was not enough, and as a result the brain woke the body up to move a bit and take a breath. How often? AHI is answer to that question. And in his case it was over 8 times an hour. That’s not good for any brain, especially one already affected by a SynGAP mutation. A AHI over 5 is classified as some level of Obstructive Sleep Apnea (OSA).

The most common cause of OSA in children is enlarged tonsils and adenoids (large relative to the child’s airway) that block the airway and obstruct breathing during sleep. During the daytime, muscles in the head and neck more easily keep the airway passages open. During sleep, muscle tone decreases, allowing tissue to come closer together and these large tonsils and adenoids tend to block the airway for periods of time. -Cleveland Clinic

The Clinic further notes other causes of OSA. They include ‘low muscle tone (hypotonia, as in neuromuscular diseases)’ on their list. As parents of SynGAPians well know, our children have low tone. Or as NORD writes,

Children with SYNGAP1-related NSID present with mild hypotonia (low muscle tone) and global developmental delay at the end of the first year or during the second year of life.

This makes sense, our kids lack tone so the muscles relax more than they would in neurotypical kids and the airway gets blocked, oxygen drops and sleep is interrupted. It took us a while to figure this out, we just thought he was having more seizures.

But what if instead of the disturbed sleep being a result of seizures, it was causing them? (See this lit review exploring the relationship between sleep and seizures.)

If that is true, then there is a way to help. Get those tonsils out, clear the path for the air to get in. This is what we did and, after doing another PSG, the results are in 91 and 3.3, which is much better than 83 and 8. Anecdotally, our son sleeps better, tosses and turns much less and doesn’t wind up with a hyperextended neck every night.

Things are better, not fixed. But we’ll take what we can get. He still wakes up too early. We still use the melatonin and valerian root tincture, but now sleep is far better.

We even wonder if we are seeing less absence seizures. Could this be true? According to this study from 2012 there seems to be a link. They looked at 27 children (median age 5) with epilepsy and obstructive sleep apnea.

So there you have it, our learning in a nutshell. If you have a child with SynGAP you need more to do like you need a hole in the head. So we’re sorry, but looking back we are so glad we did this. On the bright side, it’s nice to have something we can do for our child that give measurable results.